Welcome to the Dirandan Information Library

The original site was The Dirandan Information Centre which was one of the first websites I ran in the 90’s.  It ran from 1995 to about 2000, undergoing several location changes and updates before I took it down.  Once the first of the Dirandan novels were published, I brought it back in different iterations over the five years Tabitha Bradley was published (2004-2011).  The longest was the time it was online at Lokilaw but it wasn’t ever complete, nor in the best form.  Over the entire life of the Dirandan Chronicles themselves, I have created a large body of research and support work (world building) and a writer’s bible that just might number more words than the novels themselves (which are considerable, not even counting the revisions that have been made since publication ceased in 2011).

This site is a Library of that background work as well as art that was created for the series by myself and other creators and fans.

I hope that eventually, once the series is back in publication, fans of the story might come here to see and learn more about the characters and worlds in the Multiverse of the Chronicles.  This site will also be a source of information for the elements of the Chronicles that have made their way into my other published work (namely the fanfiction universe developed by myself and VintageCassettes for Gravity Falls: Mystic Pines), so fans of those stories might find something fun and interesting here as well. 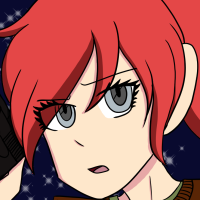